I want to write something.

When I view GitHub activity yesterday, I aware something suddenly that It’s been a long time since I’ve seen a friend star a project. And he always star some interesting project before. So I clicked into his homepage, and I saw he had no activity during February to June.

Ok, talk something else about how we know each other by the way. I received an email when I was studying in the library, I hadn’t graduated at that time. The email said he got an offer from the same company as me and he found me by searching some keyword in google, so he send an email to find out something.This is the beginning of our acquaintance.Interestingly, even though we work for the same company, we have never met because of same company but different city(office). He worked here for a short time before he left for personal reasons.

Ok, back to the topic. I remember we talked on Wechat when he left, he talked about the topic of ‘healthy’. So, I suddenly had some bad ideas when I saw he had no activity during February to June. There are too much people no longer active on GitHub, but I don’t tnink he will because in my impression that he is the one who likes to write code.

I persuade myself that I was thinking too much and go back focus on work.

I kept thinking about it and couldn’t control myself yesterday, so I send a message to him on Wechat. Finnaly, I received his reply. 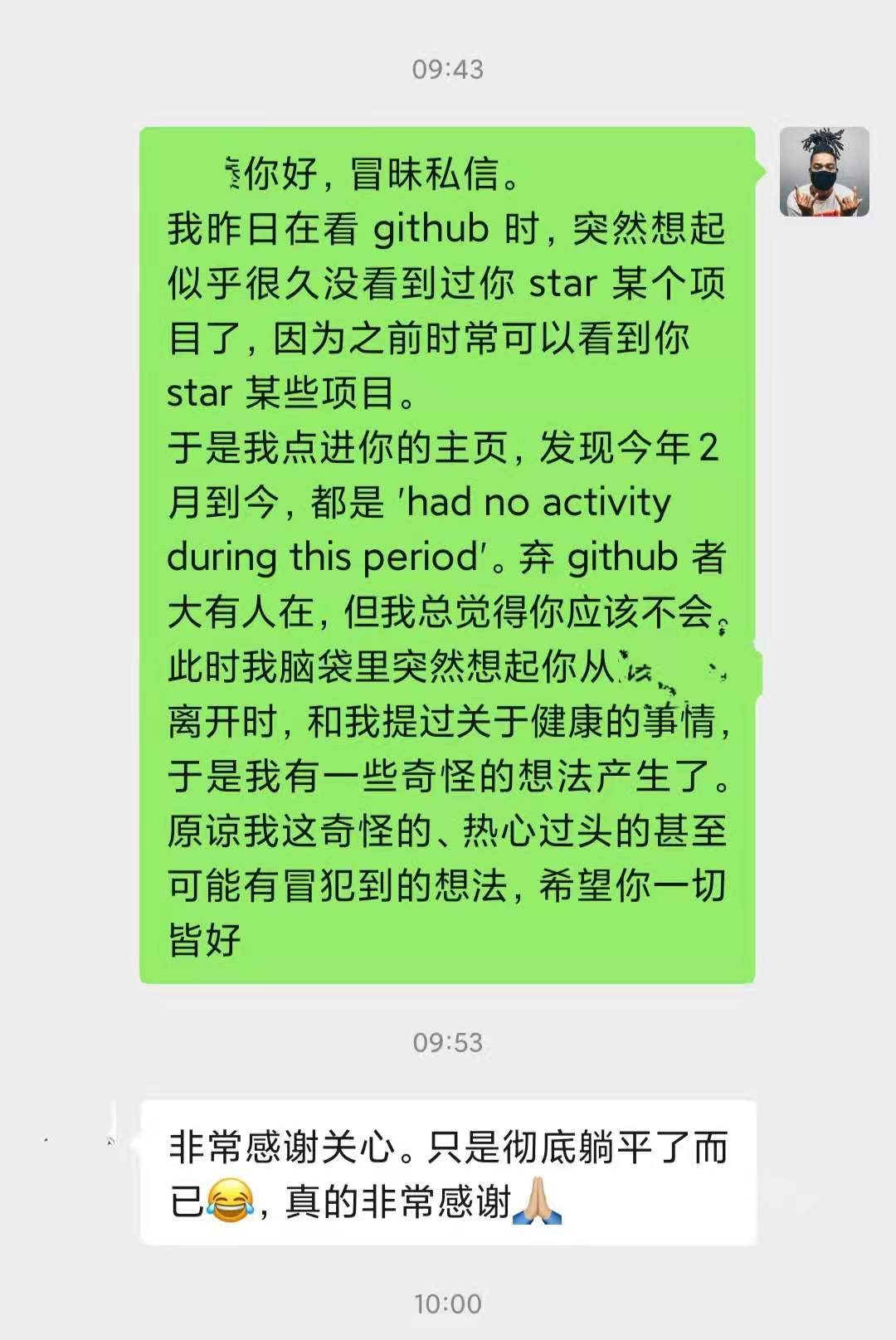 Yes,I think too much,indeed. But when I rethinking it,I have some ideas.

The Internet becomes a part of human life, the information we leave on internet was proof that we existed(At least in one aspect).But when the server of an App or Website closed, the ‘proof’ dismissed, a bit of our personal history disappeared too.

Suddenly I felt a little scared. Where should I storge my ‘personal history’? Is Twitter/Weibo/Wechat? The answer of me is GitHub now. Why I trust GitHub now? Because:

On 02/02/2020 GitHub captured a snapshot of every active public repository. Those millions of repos were then archived to hardened film designed to last for 1,000 years, and stored in the GitHub Arctic Code Vault in a decommissioned coal mine deep beneath an Arctic mountain in Svalbard, Norway.